What I found in working with women and in my personal life is that people have two big fears when it comes to delegation. Those fears are really just myths, so I want to bust these myths to make it easier for you.

When I first became a manager, I was promoted largely, at least in my eyes, because of the volume of work that I could produce at a high quality. I was going above and beyond. When somebody gave one, I would give one and a half or two, and when somebody gave two, I would give three or four. I was always doing more.

So when I got promoted to manager, I was stuck, not because it wasn’t the right path forward.

I was stuck in this I-need-to-do-more mode.

I thought that because I’m a manager, I have to do even more. But that wasn’t the case. Once I became a manager, I didn’t need to do more, I needed to do things differently. I needed to, instead, lead and manage people. I had to ensure that my team delivered, rather than making sure that I was the only one producing. That meant that I had to learn how to delegate. And it was hard.

This is one of those win-win situations.

Delegation is a skill.

But first, you have to approach it with joy and enthusiasm. That’s really hard to do if you are afraid of what it might bring to you or not bring to you.

Let’s bust these fears and myths.

Myth #1: I should not delegate because no one can do it like me.

You need to stop thinking about whether or not they’re going to do it. Instead, are they going to meet the outcomes that you need?

Let’s take this idea of scrambling an egg.

So we make our eggs very differently. Does he make them like I do? No. Do they taste good and do we all end up nourished? Yes. That is the outcome that I want: tasty, nourishing food.

So, it’s okay if he doesn’t do it the same way I do. We still get to eat hot food on a weekend. The focus is that there’s more than one way to scramble an egg. You have to remember that when it comes to delegating, you can be very clear and specific about the outcome that you want. It doesn’t have to be exactly like you would do it, it just has to get done.

Myth #2: When you delegate, you’re going to be less valuable.

When I was a manager, I thought that my value came from doing more. But what I realized was my value evolved with my new role. My value then became how I help others produce more.

That’s the same with delegating. You won’t be delegating across all areas of your life. However, you want to clear your plate. It’s going to allow you to focus on the areas where you can add more value, where you can make the most impact. Over time, the things you need to do change so that you can continue to grow and add in new, better and different ways.

But that fear is real. I get it. I think it’s not just at work; it’s in the world and society. As women, we are largely valued for what we can do for others, rather than intrinsically for who we are.

That’s silly because you are amazing just as you are, not for what you can do for others. You’re amazing because you bring your best to the world.

Delegating helps you to bring your best to the world.

You can free your plate of the areas where you don’t make much impact. The little things that ultimately eat your time, your energy and stop you from being able to deliver more. You can focus on other areas and bring your best to the world.

You’re not going to be less valued for delegating work. You’re going to free yourself up, so you can focus on the areas where you add more value.

Delegation is key to thriving.

So, I hope that you can take these ideas and apply them right now, directly to your life. I want you to take a moment and think about what is holding you back from delegation. Is it one of these two fears? If so, can you please commit at this moment to not letting those fears lead you forward? I want you to pick one task that you are going to delegate today.

If getting support and delegating is a struggle, How to Delegate: A Masterclass for Working Moms may be instrumental to advancing your career. In this course, I take you through a step-by-step process to successful delegation.

Are you ready to take action, find support, and take back your time?

5 Easy Ways To Get Ahead At Work

How To Do It All As A Mom. A Life Prioritization Method. 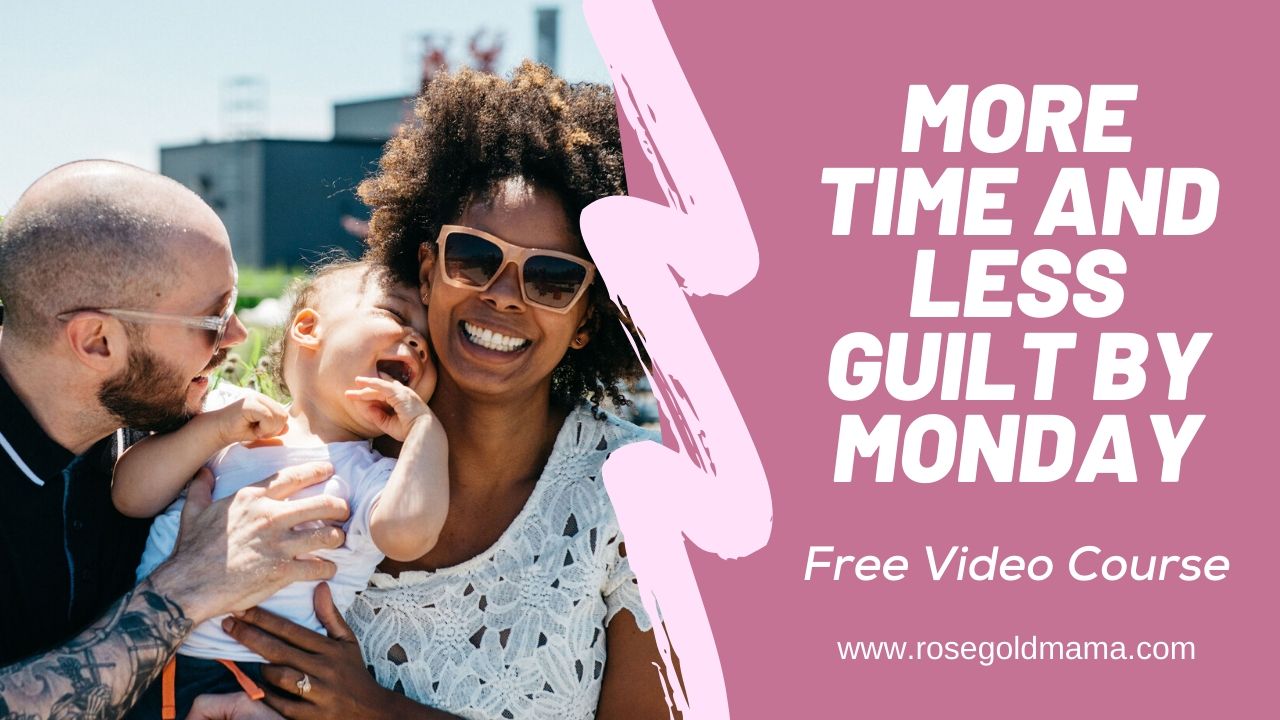